We are sad to announce the death of Michael McGloughlin.

Michael represented Ireland with distinction at junior, open, and senior international level, with his most notable achievements being participating at the World Open Teams Championship in Salsomaggiore in 1992, and winning a silver medal at the European Junior Teams Championship in Copenhagen in 1974, in partnership with David Scannell in a team also featuring Adam Mesbur/Nick FitzGibbon and the late Denis O’Donovan/Johnny McKeon. Michael won seventeen national titles, many of them in partnership with David Scannell. He also partnered David’s brother, the late Des, on many occasions.

Michael was an excellent bridge technician, but also played with flair and imagination, and generally at a rapid pace, which could be disconcerting for those encountering him for the first time. In addition, he was a top-notch analyst, able to work out the par score for the deal with great alacrity during the play. In his later years, Michael battled several serious illnesses, which probably depleted his stamina somewhat, but never affected his speed of thought.

Michael travelled widely with his wife, Heidi Lillis, to bridge tournaments both locally and internationally, and they were great ambassadors for Irish bridge – strong and serious opponents at the table, sociable, entertaining and generous companions away from it.

We extend our condolences to Heidi, and to all Michael’s family and friends, especially those at the Regent Bridge Club in Dublin, where Michael was a long-standing member and former President. May he rest in peace. 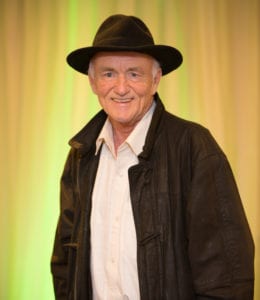