The Contract Bridge Association of Ireland was founded in 1932. It is the recognised administrator for the game of contract bridge in the Republic of Ireland, and participates with the Northern Ireland Bridge Union in the Irish Bridge Union (IBU), a confederation responsible for the organisation of bridge events on an all-Ireland basis.

The role of the CBAI includes the administration and promotion of bridge, the organisation of national competitions, the maintenance of a national grading system, and providing assistance to affiliated bridge clubs and bridge players throughout the country.

The CBAI has a head office in Templeogue, Dublin 6W, with a small team. In addition, there are a number of honorary officers. The organisational structure divides the country into thirteen geographical regions, each of which is run by a regional committee of volunteers.

Joining the CBAI is easy. There is no fee for clubs to affiliate to the Association, and affiliation brings with it a number of significant benefits. Clubs are required to affiliate all their members, and to maintain records of competition results for the administration by the head office of the national grading system.

For individuals, the benefits of affiliating to the CBAI are the ability to play in affiliated club, participation in the national grading system and eligibility to enter all the competitions or congresses held under the auspices of the CBAI throughout the country. In addition, the Association offers its members regular training courses in bridge teaching and tournament directing. The cost of affiliation is just €12.50 per member per year. 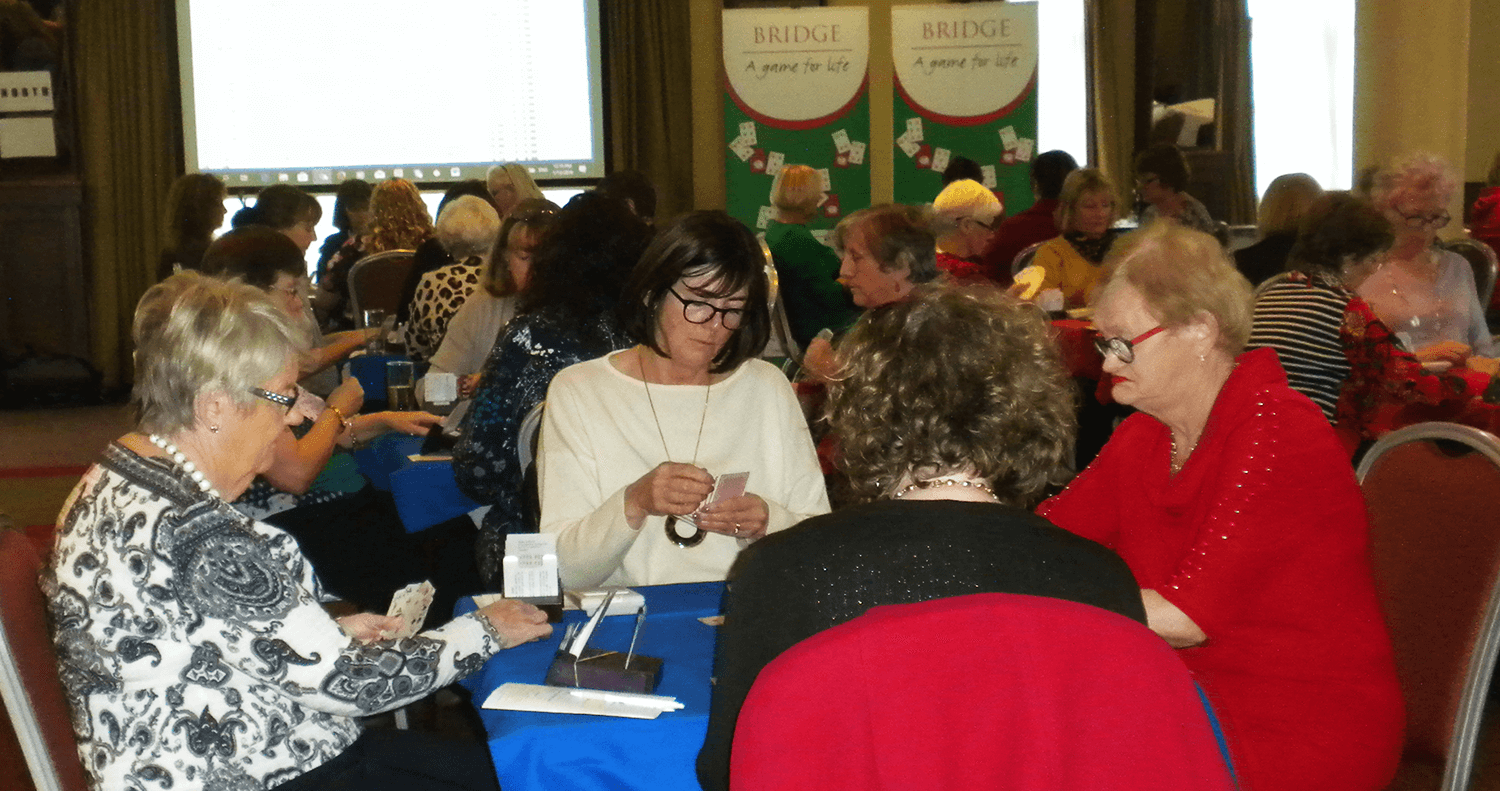 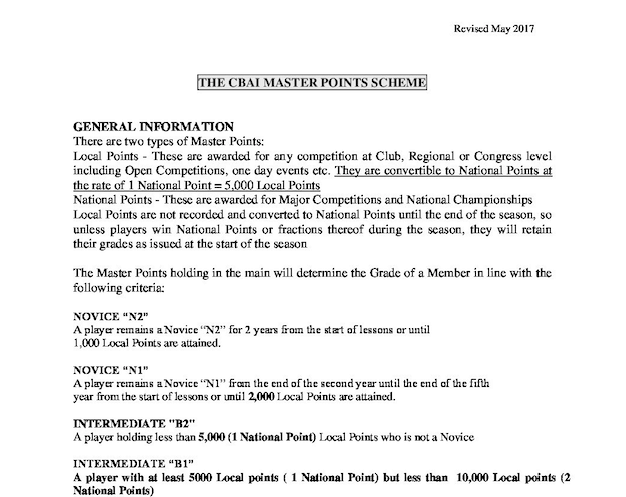 The CBAI operates a national grading system for its players – the Masterpoints system.  The purpose of this is to ensure fairness in competition, akin to the handicap system in golf.  There are two varieties of Masterpoints: local points awarded for performance in club, regional, or congress events, and national points awarded for performance in major national competitions.  Local points convert to national points at a rate of 5,000 to 1 (or 1,250 to 0.25).  Points earned during the season are updated twice yearly, once at end-December (national points only) and once at the end of the season (both national and local points), and members are upgraded as appropriate.

The CBAI is governed by a Constitution, which can be amended only by a two-thirds majority vote at an Annual or Special General Meeting. The CBAI represents more than 550 clubs, organised into thirteen geographic regions for administration purposes. The Association is headed by an honorary President, nominated annually for a one-year term by each of the thirteen regions in rotation. The principal organisational bodies, alongside the thirteen regional committees, are the Governing Council and the Management Committee.

The Governing Council is made up of the honorary officers of the Association plus the regional presidents, secretaries and county development officers. It decides on policy and strategy for the Association.

The Management Committee is made up of the honorary officers of the Association, the immediate past-President, plus the regional secretaries. Its function is to implement the policy and strategy decisions of the Governing Council, to control the day-to-day operational and financial affairs of the association and to appoint sub-committees as deemed necessary.

The sub-committees currently in operation are:

AGM: The CBAI holds an Annual General Meeting every year, usually in early July.  All affiliated members are entitled to attend, to speak, and to vote on any relevant matters.  The thirteen regions elect delegates to represent them at the AGM.  Delegate members each have 400 votes, non-delegate members have one vote.

Full details of the organisation and running of the Association are available in the Constitution.

The CBAI’s organisational structure divides the country into thirteen geographical regions, each of which is run by a regional committee of volunteers.
The key administrator at the regional level is the regional secretary; in addition, the region will have one or more county development officers, depending on geography, whose brief is new initiatives for the development of within the region.

Details of the thirteen and their officers for 2019-20 are here. 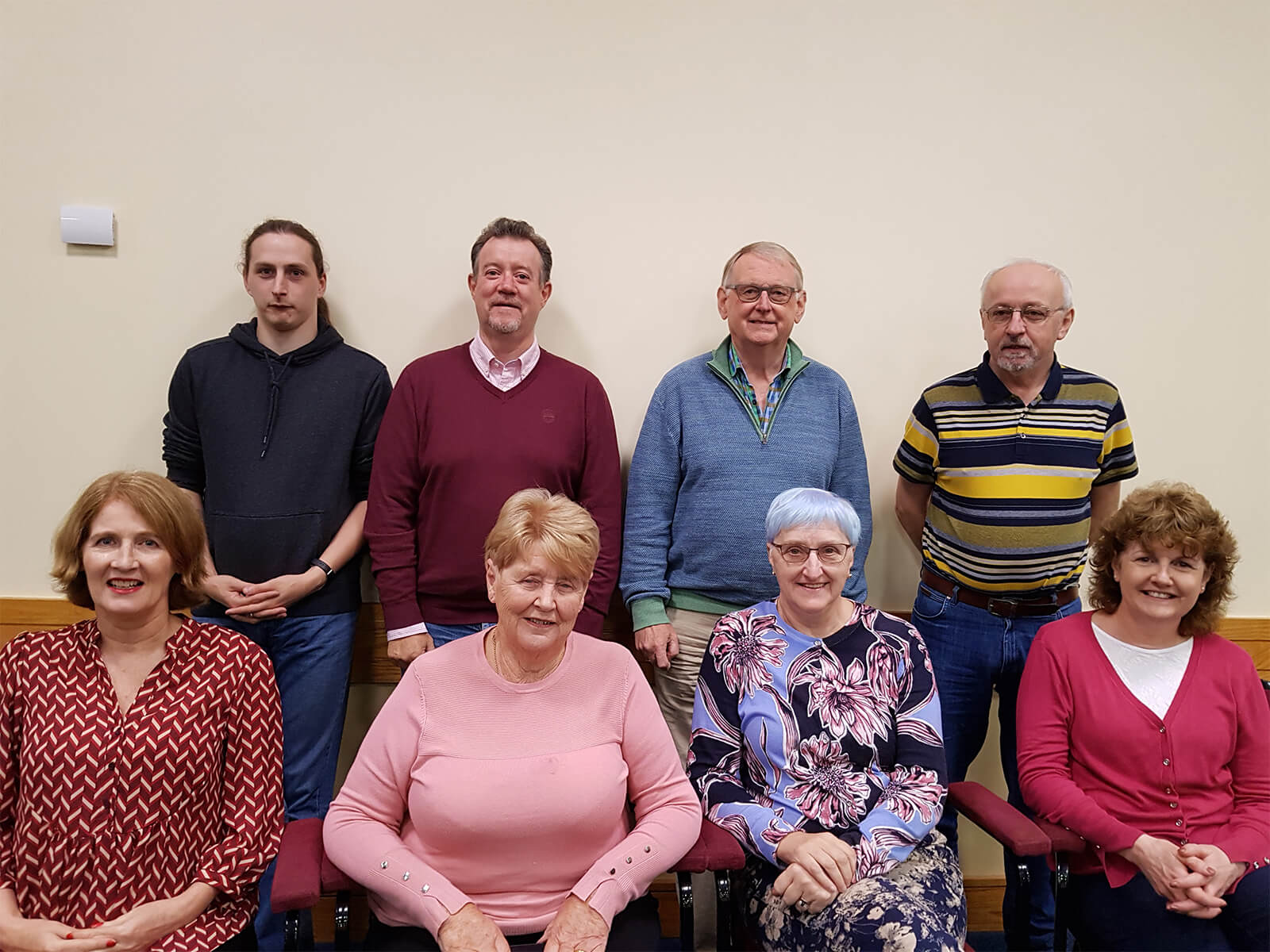 The CBAI head office is staffed by a team of eight, the majority of whom work part-time. The office is open from 9:30 to 17:00 Monday to Friday, including over lunchtime. The team is (front row, left to right) Siobhan Canty, Freda Fitzgerald, Valerie Mathers, Carmel Lawlor, (back row, left to right) Jonathan Mathers, Dermot O’Brien, Chief Executive Paul Porteous, and Bernard Higgins.

In terms of specific responsibilities, Valerie, Siobhan, and Carmel look after the management of the membership database, affiliations, and masterpoints; Bernard is the Tournament Director representative and assists clubs on this topic and with Bridgemates and technology; Jonathan is the chief dealer; Freda manages the accounts; Dermot is responsible for the website and is the Teaching Committee representative; and Paul manages the entire operation, ensures that the good ship Irish bridge continues to sail smoothly, as well as being the Secretary of the European Bridge League. And all the team sell books and supplies, organise competitions and events, take calls from clubs and members, and do everything they can to ensure that the CBAI meets the needs of the more than 500 affiliated clubs and their members.

Designed by Nettl of Dublin