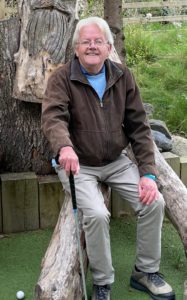 We are sad to inform you of the death of former CBAI President Eddie Fitzgerald.

Eddie was an excellent bridge player, who was part of the Connacht Interprovincial winning teams on many occasions, including a three-in-a-row between 2004 and 2006. He also won several national titles, including the Holmes Wilson, Geraldine, Egan, and the IBU Senior Pairs. His most successful partnerships were those with Rory Timlin and Michael MacDonagh. A former Commandant in the Irish Army, and a protege of the legendary Marie Gleeson, Eddie served as President of the CBAI in 1994, and of the IBU in 1997.

We send our condolences to Eddie’s wife Helen, his children Stuart, Ed, and Clodagh, his sisters Mary and Margaret, his brother Frankie, and all his family and friends. His funeral will take place at the Church of the Immaculate Conception, Oranmore, Co Galway, on Thursday 26 May, at 12 noon. May he rest in peace.